It is less than two weeks until 2016 and there is yet another plot twist in the Vendetta camp, this after popular Dancehall enigma Alkaline uploaded a new photo as he celebrated his 22nd birthday on Saturday night.

The photo which was uploaded to his Official Instagram account to his 106k followers sees the “Champion Boy” deejay rocking a new gold locks in a club while smoking.

However what was shocking to his fans was the absence of his trademarked alleged tattooed eyes. 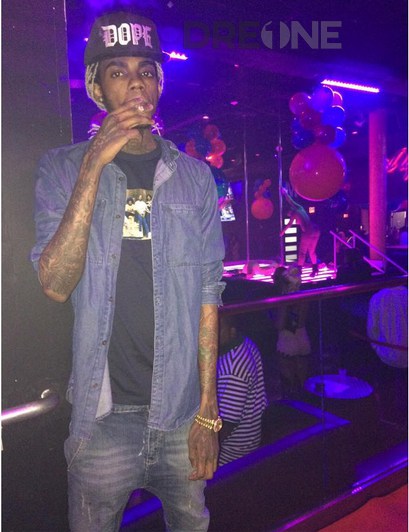 While another added “I thought his eyes were tatted? Thanks for the lie alkaline?”

“Jah know star…. This youth is a genius… He know how to stay relevant”