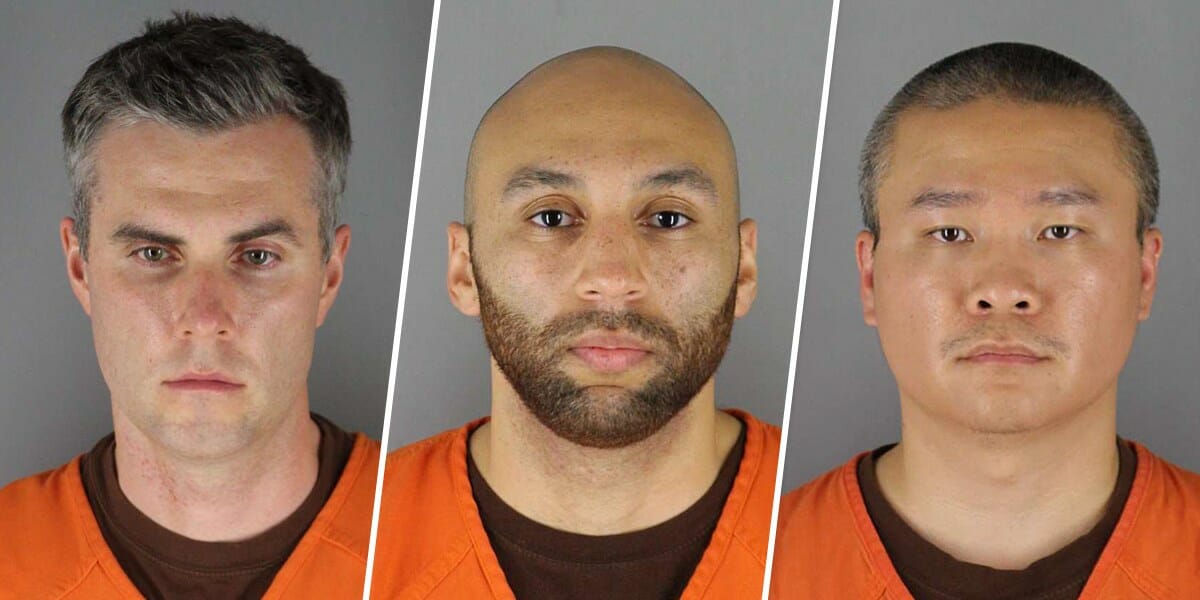 One of three ex-cops charged as accomplices in the killing of George Floyd was taken into custody Wednesday, as Minnesota’s attorney general said prosecuting all the officers involved was “in the interest of justice for Mr. Floyd, his family, this community and our state.”

AG Keith Ellison — who noted that “the world heard Mr. Floyd crying out to his mama” while his neck was under the knee of ex-cop Derek Chauvin — also said he had a message for Floyd’s grieving family.

“George Floyd mattered. He was loved, his family was important and his life had value,” Ellison said.

“We will seek justice for him and for you, and we will find it.”

Bureau of Criminal Apprehension Superintendent Drew Evans said one had been locked up and the other two were “in the process” of being apprehended.

Evans didn’t say which one was already in custody.

All three were caught on camera at the scene of Floyd’s fatal arrest on May 25, and video shows two of them helping restrain him at one point.

The charges against them were filed along with an amended complaint that upgraded the top count against Chauvin to second-degree murder from the third-degree murder charged filed last week.

Floyd repeatedly said “I can’t breathe” before losing consciousness, and Chauvin ignored repeated pleas from bystanders to remove his knee from Floyd’s neck, the video shows.

Ellison said the case remained under investigation and was being conducted in parallel with a federal civil-rights probe that he’d been told has the “full support” of the Justice Department.

But he cautioned that the outcome of his prosecution was far from assured.

“Winning a conviction will be hard,” Ellison said.

“History does show there will be clear challenges here.”

ABOUT US
Yaadhustletv is your news, entertainment, music website. We provide you with the latest breaking news and videos straight from the entertainment industry.
Contact us: talktousat@gmail.com
FOLLOW US
© YaadHustleTv 2019