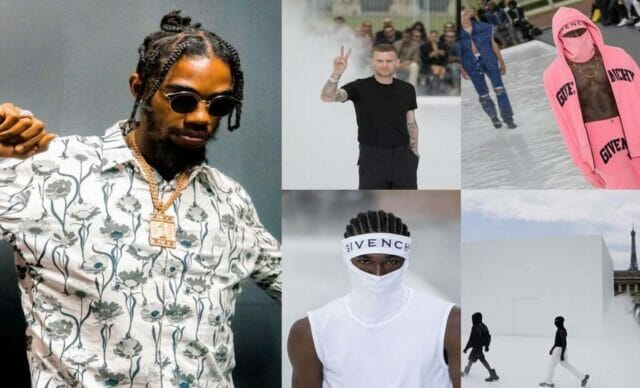 Dancehall’s ‘Champion Boy’ Alkaline scored a major feather in his hat when his music was heavily featured Wednesday on the haute Paris runway during the first major collection of Paris Fashion Week’s menswear season.

Alkaline’s music and personal style served as an inspiration to designer Matthew M Williams’ first standalone menswear show since being appointed in 2020.

The dancehall star worked on the show’s soundtrack, and video footage emerged of his grimy hit song, ‘After All’ – produced by Lee Milla – which appeared on the Instagram pages of Givenchy and Williams.

Other songs featured during the collection included singles like ‘My Side of the Story’ on the Cure Pain rhythm for Good Good Productions and ‘One More Time’ produced by DJ Frass on his Inclusive rhythm.

“It’s a great birthday present, it’s an overwhelming feeling, mi appreciate this on my birthday, it’s a great gift. Big up Good Good Production for being featured with ‘One More Time’ on the Inclusive riddim for DJ Frass,” producer Lee Milla told OBSERVER ONLINE.

Alkaline is known for wearing black contact lenses and wearing Guy Fawkes face masks made famous by the movie, ‘V for Vendetta’. His distinctive style served as a muse for the streetwear theme of the show.

Alkaline, whose real name is Earlan Bartley, is known for several hit songs such as ‘Champion Boy’, ‘After All’, ‘Hostage’ and ‘Company’.