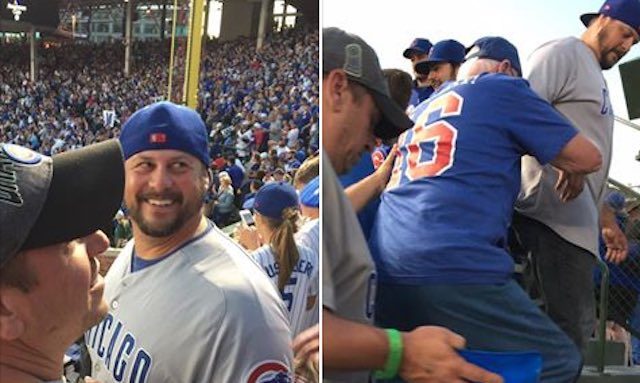 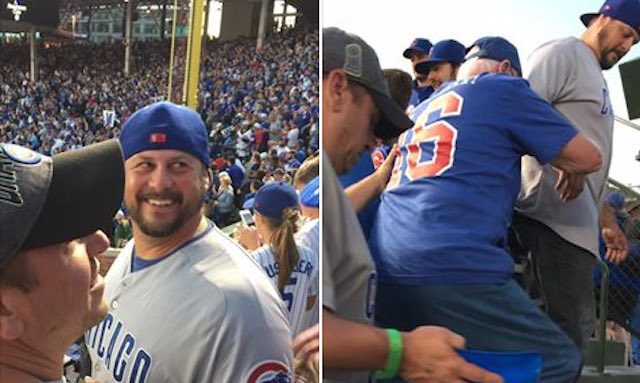 Lauren Hinkston Hintzsche and her husband were at the playoff game between the Washington Nationals and the Chicago Cubs yesterday when they witnessed a heartwarming exchange between the people sitting next to them.

Two brothers who were sitting near them on the bleachers noticed an elderly couple having trouble getting to their seats amidst the chaotic crowd. The duo immediately offered to help the couple maneuver through the seats – and that wasn’t all.

“Anyone who has sat in the bleachers knows that even on a good day, the bleachers can be tough to navigate,” Hintzsche wrote on Facebook. “During the game, they would help the older gentleman stand when the crowd stood, and the [other] guy stayed seated at times so this gentleman could see the game.”

About a third of the way through the game, the elderly woman leaned over to Hintzsche and explained that her husband had undergone chemotherapy, and they were relieved to be having such a fun time.

“At the end of the game, these 2 awesome guys made sure the older gentleman made it up the stairs with no problems,” says Hintzsche “I gave both of those guys big hugs and thanked them for their generosity!

“With all the crap going on in the world, I felt this was a story I had to tell,” she added.