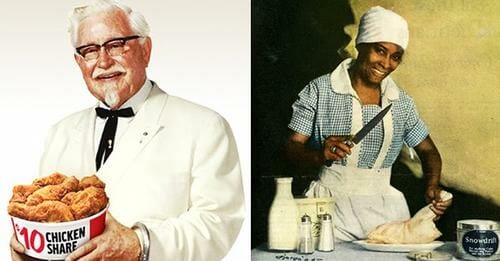 For decades, there has been an ongoing controversial discussion about the origins of the famous Kentucky Fried Chicken original recipe. The controversy is whether or not the recipe that made KFC founder Colonel Harland David Sanders a wealthy billionaire was stolen from a Black woman named Miss Childress. Unfortunately, this debate exposes past and current problems when it comes to cultural misappropriation, intellectual property, and inequality.

According to some sources including the African Diaspora Facebook page, the claims are true. Miss Childress was, in fact, the woman behind the original KFC recipe. Not only did Colonel Sanders steal her recipe, he later tried to pay her $1,200 for it and then the company went on to become a multi-billion global empire. Another unverified source says that Miss Childress died in poverty, which doesn’t sound very far-fetched.

The problem, however, is that there is no real solid evidence that proves any of this. But there is a pattern in history that reflects a similar narrative. In fact, there are quite a few accusations of white entrepreneurs and chefs taking recipes from African Americans without giving them the due credit. For example, it’s been proven that the inventor of Jack Daniel’s recipe was a former slave.

Sadly, it’s often very hard to prove because many Blacks during those times were denied the right to learn to read and write. Because of this, they were not able to properly document their culinary practices and recipes nor understand legal documents pertaining to intellectual property.

The truth is obvious

But for many, the success of KFC is obviously attributed to Miss Childress’ recipe, which was a blend of herbs and spices used to season the chicken itself. During those times in the 1950s, America’s best-tasting fried chicken, cornbread, greens, and other popular dishes were traditionally prepared and cooked by Black women – usually maids or family housekeepers. White people were typically clueless in mastering these types of cuisines.

However, according to a book entitled Colonel Sanders and the American Dream by Joshua Ozersky, Colonel Sanders “tried to create an alternative reality in which the white planter not only ate the chicken, but simplicity made it.” But again, this narrative is very inconsistent with the era when KFC was created.

In his book, Ozersky further reveals that Colonel Sanders tried to attribute the use of the pressure cooker to the success of KFC. When Colonel Sanders patented his pressure cooker process in 1966, he reportedly said that the method he had come up with allowed cooks in his restaurants to create “accurately controlled conditions of temperature, pressure, time, sizes of serving pieces, and the amount and composition of breading used” to create a chicken that had a superior taste with great texture.

But obviously attributing the success of KFC to a pressure cooker instead of to the Black woman who actually created the recipe is both an insult to her… and to the company itself.