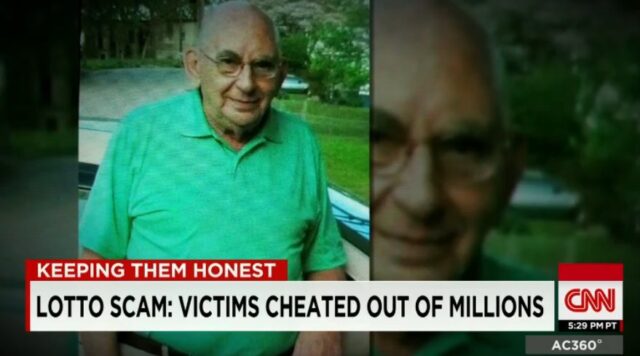 An elderly US man who suffered from dementia reportedly committed suicide after being swindled out of his hard earned money by scammers in Jamaica.

The man, 81-year-old Albert Poland of Knoxville Tennessee reportedly sent thousands of dollars to to scammers after receiving numerous calls with the 876 area code from persons claiming he had won millions of dollars.

Albert was told by the scammers that all he needed to do to claim his prize money was to cover expenses which included taxes, shipping and handling and travel fees.

On March 21, Albert Poland answered his final call after he was asked for another payment of US$1500 to claim his elusive grand prize.

Poland died after shooting himself in his head.

His family is adamant the false promises made by the scammers are what drove him to commit suicide.

He reportedly received as many as 50 calls per day from the unrelenting fraudsters.

Poland is only one of thousands of people, mostly elderly persons who have found themselves entwined in the scheme of lottery scammers.

The scammers love to target older folks who are more likely to suffer from problems such as dementia or alzheimer’s.

It has been estimated that the scam claims as many as 300,000 victims per year and has been linked to hundreds of deaths in Jamaica.