Opposition Spokesman on National Security, Fitz Jackson, has chided National Security Minister, Robert Montague, for the latter’s controversial decision in January 2017, to use dancehall artiste, Desmond Ballentine, more popularly known as ‘Ninjaman’, to give a motivational speech to members of the Jamaica Constabulary Force (JCF) while he was facing a murder charge. 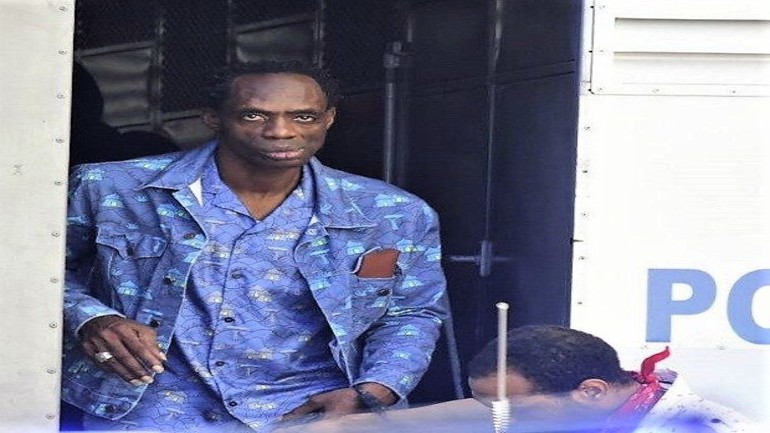 Jackson was speaking in the House of Representatives on Tuesday, shortly after Montague had made a ministerial statement on the state of public emergency now underway in St James, during which he apologized for a comment he made last year when he claimed his uncle was an obeah man.

At the time Ninjaman gave the speech, he was facing a murder charge for the 2009 killing of Ricardo ‘Ricky Trooper’ Johnson but was out on bail. He was sentenced to life imprisonment for the murder on December 18 last year, following a trial in the Home Circuit Court. He must serve 25 years before he is eligible for parole.

He was also convicted of shooting with intent and was sentenced to 20 years to run concurrent with the murder sentence.

Ninjaman’s son, Janeil, was also sentenced to life in prison, the same as Dennis Clayton, another co-defendant, for Johnson’s death.

Before his conviction, Ninjaman, along with fellow dancehall artiste, Rodney Pryce, more popularly known as ‘Bounty Killer’, were asked by Montague to give motivational speeches to members of the JCF at a function at the Jamaica Conference Centre in downtown Kingston.

While responding to Montague on Tuesday, and while referencing his obeah man comment, Jackson reminded the minister that national security is “serious business”.

He then chided Montague for his role in the Ninjaman ‘cop speech’ matter, although he did not mention the incarcerated artiste by name. But the reference was clear.

“For you as minister of national security to put on a stage someone charged with murder to speak as an inspirational personality to our policemen and women who have to go out there and challenge some of the worse criminals does not help,” Jackson stated.

“This is… carelessness, recklessness and lack of proper, sound judgment. Mr Minister, you can’t continue along that path and expect to earn the confidence, first and foremost, of the police force. They are the ones who have to confront the criminals on a day-to-day basis… The same one who they run down to catch is the one you use to inspire them. Something is wrong,” asserted Jackson.

“Mr Minister, I encourage you to desist from those kinds of reckless actions,” Jackson added.