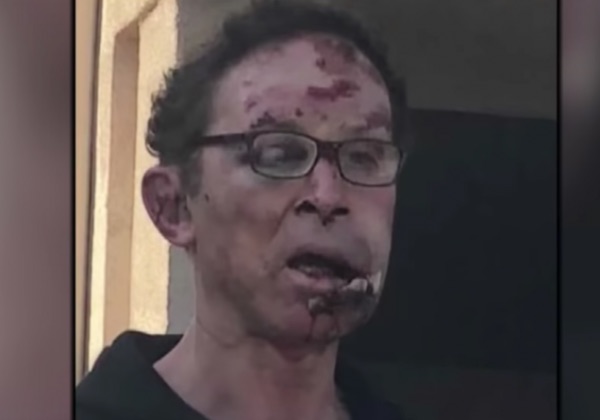 If you’re a wrestling fan and you have some years on you, you might remember Tom Magee.

He performed for the WWE (then WWF) in the 80s, and once defeated Bret Hart.  He’s also a former Canadian powerlifting champion.

Earlier this week, the 59-year-old, who now lives in Los Angeles, suffered some pretty brutal injuries after being stomped out by six much younger men in a dispute over who could park in a spot in front of his apartment complex.

Magee’s assailants stopped the beating and ran when his neighbors saw what was going on and approached them. But not before Magee suffered a broken jaw, broken eye sockets, and a concussion in the beating

“It was attempted murder,” said one of his neighbors.

Two men, Justin Lee, 20, and Degrate Bryant, 20, have been arrested so far