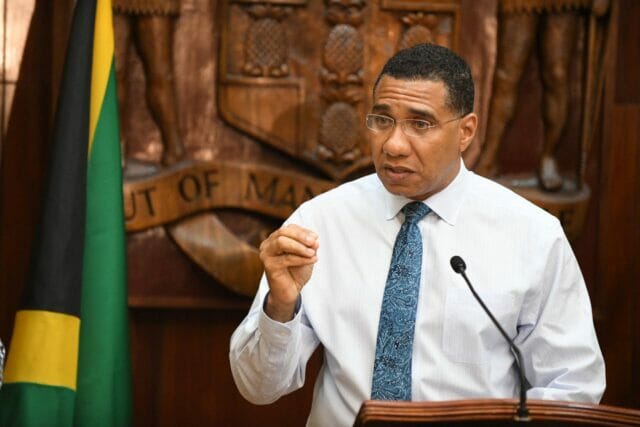 The Independent Jamaica Council for Human Rights (IJCHR) has come out strongly against Prime Minister Andrew Holness’ suggestion that anyone convicted for illegal possession of a firearm should be sentenced to death.

During his address at the Jamaica Labour Party’s 78th annual conference on Sunday, Holness said: “Anyone found with a gun [that is illegal] should start with the death penalty. That’s how strongly I feel about it…that’s how serious we should treat it”.

But Dr Lloyd Barnett, a director of the IJCHR, told OBSERVER ONLINE that no civilized country would impose the death penalty merely because of illegal possession of a gun.

“It’s very extraordinary that the prime minister should make a statement like that,” Dr. Barnett said. “We are against the death penalty and certainly we would not support it in a case like this where it is just complete monstrous to have it for illegal possession of a gun.”

He recalled that when the Gun Court began some years ago, the first case it heard was that of two men whose father, a licensed firearm holder, died. The men did not know what to do with their father’s guns and left them at the house, he explained, adding that the men were arrested and charged with illegal possession of the firearms and convicted.

“So these people will be subject to this penalty? It is ridiculous,” Dr. Barnett said.