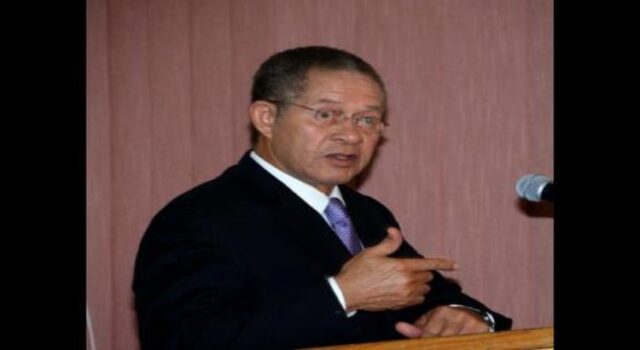 Former Prime Minister Bruce Golding has revealed that he was offered a British prison deal similar to the one announced in Kingston this week by leader of the United Kingdom David Cameron, but said he did not embrace the idea for several reasons.

While making it clear that he did not have sufficient information to form a view on whether the prison deal is good for Jamaica at this time, Golding explained that he did not embrace the offer when it was broached by then British Prime Minister Gordon Brown in “2007 or 2008” for two main reasons.

Golding, in an interview with The Gleaner yesterday, revealed that during discussions with his British counterpart at the time, he indicated that he could not embrace the deal primarily because the inmates they were seeking to transfer were Jamaicans who had been convicted in the UK for crimes committed there.

“We were not in a position to assume that responsibility from Britain and that’s where the discussions ended. I never had any further discussions on the matter,” Golding said.

Another reason the former prime minister said he did not embrace the deal was that given overcrowding and other problems in the nation’s prisons, he was “uncomfortable” with a situation that would create two types of penal institutions here.

Hours before Cameron’s plane landed in Jamaica on Tuesday, several media outlets in the UK reported that he had announced plans to build a new prison here at a cost of £25 million.

Jamaica’s National Security Minister has since revealed that the governments of both countries have signed a non-binding memorandum of understanding to improve prison conditions here through the construction of a maximum-security institution.

According to the ministry, the £25 million, or approximately J$5.5 billion, represented a grant from the UK government to finance a fraction of the cost of the new prison, and the Jamaican Government would be required to fund the rest of the project.