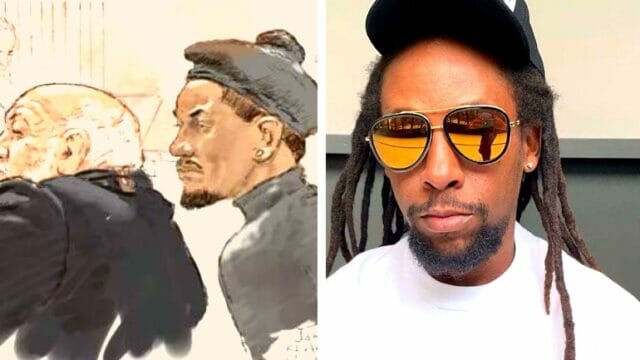 JAH Cure’s trial date is set for March 8 and his detention was extended for the same period when he appeared in an Amsterdam court on attempted murder and aggravated assault charges on Wednesday.

Prosecutors are also awaiting results of a digital investigation of the entertainer’s phone as well as information from Jamaican authorities on his prior convictions.

The plaintiff was not present during the hearing.

“I was just trying to defend myself. Otherwise a knife would have landed in my own stomach,” Jah Cure was quoted in The Parool newspaper as saying.

“I didn’t come to the Netherlands to fight, but to stage shows and make plans,” the artiste told the three judges.

The 43-year-old roots singer is being detained for allegedly stabbing show promoter Nicardo Blake at Dam Square on October 1, 2021. He has been held at an undisclosed detention centre outside of Amsterdam since the incident.

Blake, whose Roots Vibes company stages reggae shows in the Netherlands, allegedly sustained injuries to the abdomen and was reportedly hospitalised. The incident was not recorded by cameras.

“He [Jah Cure] was scared and struck out in self-defence. There was immediate danger. He couldn’t move. Running away was also not an option, because then he would have had a knife in his back… It is true that my client had a knife in his pocket. He also stated that. That was handed to him in Amsterdam after it was seen that he was openly wearing a Rolex watch and jewellery in Amsterdam. It was never his intention to actually use the knife,” Scheffer added.

This latest incident is one of several brushes Jah Cure has had with the law. He was convicted of rape in April 1999 and served eight years of a 15-year sentence in prison. He was released in July 2007.

Coincidentally, his first concert after being released from prison in Jamaica was in the Netherlands at the Reggae Sundance Festival in August 2007.

He has had several incidents with promoters in The Bahamas and Trinidad and Tobago. However, those were resolved without court action.

Jah Cure has had consistent success since his release from prison. His hit songs include Love Is, Unconditional Love, and All of Me, while he has collaborated with acts such as Damian “Junior Gong” Marley, Torey Lanez, and Mya.

His 2015 album, The Cure, was nominated for a Best Reggae Album Grammy Award the following year.