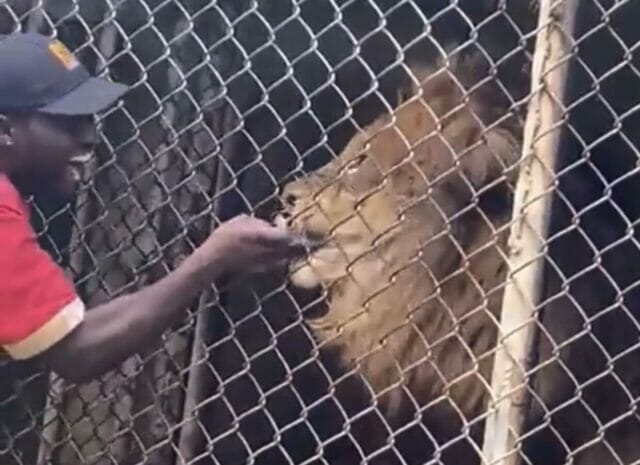 KINGSTON, Jamaica — Jamaica Zoo Attractions Limited, where a worker recently had his finger bitten off by a lion after taunting the animal, has been ordered closed effective June 1, due to several breaches of the environmental permit.

The announcement was made by the National Environment and Planning Agency (NEPA) on Wednesday.

The incident, which went viral on social media, resulted in NEPA, the Veterinary Services Division and the Jamaica Society for the Prevention of Cruelty to Animals (JSPCA) inspecting the facility on Monday, May 20.

According to NEPA, it issued a Notice of Intention to Suspend Jamaica Zoo Attractions Limited Environmental Permit No. 2016-11017-EP00004 for the operation of a zoo.

The specific nature of the breaches relates to failure to, among other things: ensure that members of staff handling animals are properly trained; to account for species held and/or filing related reports or notifications; to submit an animal nutrition and welfare programme, and to engage competent technical skill sets to assist with operations.

NEPA said the zoo will remain closed until the company complies with the conditions cited in the notice.

Meanwhile, director of the Legal and Enforcement Division at NEPA, Morjorn Wallock, outlined some of the immediate steps that Jamaica Zoo is required to take in this matter.

“The company is required to engage competent technical skills to assist with the operations of the zoo; the installation of satisfactory animal enclosures for the welfare of the animals and submission of animal nutrition and welfare programme, among others,” Wallock said.

Previously, the zoo had said it would cooperate fully with regulatory authorities, adding that the team member was recovering from “relatively minor injuries”.

Shortly after, the JSPCA had revealed that the multi-agency inspection had found non-compliance and areas of concern including a need for staff training.