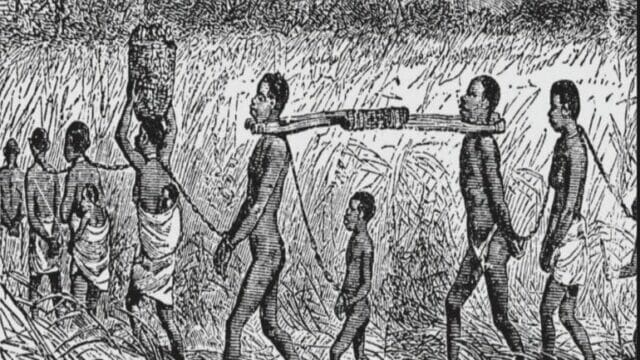 It took almost three centuries, but on Good Friday 2022 the Maroons of Jamaica apologized for their sordid role in crushing popular anti-slavery uprisings and forcibly returning runaway slaves to hellish conditions on British-owned sugar plantations, sullying their storied history.

Two of the more well-known slave rebellions put down by the British colonial forces with the solid support of the Maroons was that led by West African slave Chief Takyi of St Mary in 1760 and Baptist Deacon Paul Bogle of Stony Gut, St Thomas, in 1865.

Bogle and his key ally George William Gordon were hanged but later named national heroes of Jamaica, and just two Fridays ago, April 8 was officially declared Chief Takyi Day, henceforth to celebrate the freedom fighter credited with the first slave uprising in the Caribbean.

“We regret the hurt and sufferings caused by such actions. We take total responsibility on behalf of our ancestors,” said paramount chieftainess and Queen of the Maroons Gaamang Gloria “Mama G” Simms, the woman now occupying the seat once held by Queen Nanny of the Maroons, the only female among the seven national heroes. 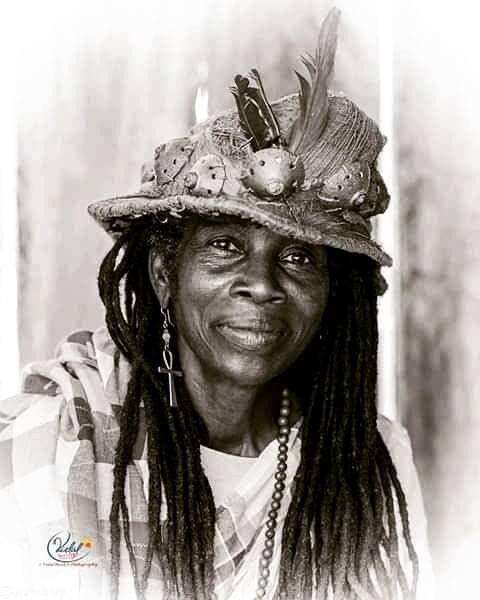 “…We realise that we cannot undo the past, but we can remedy the situations through reconciliatory actions that will repair the damage and rebuild trust so that these behaviours will not be repeated,” said the Maroon spiritual leader in a press statement.

The Maroon queen, a tireless campaigner for the rights of indigenous peoples, used the platform of the Jamaica Observer to express the long-awaited mea culpa, days before she journeys to the United Nations to represent Diaspora and Jamaican Indigenous Peoples (Maroons and other African retention communities and the Taino tribe) at the permanent forum on indigenous issues.

Founder of the Maroon Indigenous Women’s Circle, she will be part of a delegation, which includes representatives from Trinidad and Tobago, Belize, Dominica, Suriname, Sierra Leone, and Jamaica, made up of professors, human rights lawyers, and academics from international universities.

The archives of the National Library of Jamaica describe the Maroons as enslaved Africans and people of African descent who ran away from their masters or owners in search of freedom, dating back to 1655.

At that time the Tainos and Africans who were freed by the Spanish occupiers took to remote parts of the island for refuge from the English invasion of that year to establish their own settlements. They became a formidable force that significantly challenged the system of enslavement imposed by the English.

But recognizing that the Maroons were a thorn in the flesh that defied their superior forces, the British offered them a treaty with a certain amount of autonomy, but cunningly included agreements to help the British forces take down slave uprisings and return escaped slaves to the plantations. 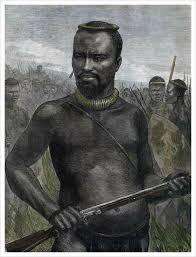 But neither the British nor the Maroons had said sorry for their actions against the slaves, until now.

The timing of Queen Gloria’s heartfelt apology on behalf of the Maroons appears to have been prompted by the declaration of Chief Takyi Day in a commemoration signed by the governor-general at the behest of Culture Minister Olivia “Babsy” Grange.

A Jamaican group led by Derrick Prince Black X Robinson, that has now gone international, has been advocating that Chief Takyi be made a national hero and the commemoration is being regarded as a step nearer to the ultimate Jamaican honour.

The Maroon paramount chieftain who said, “We must continue to honour the sacrifices and bravery of those who fought”, embraced the Takyi Day declaration as “truly befitting in this time… It is time for us to bring the spirit of Sankofa to bear, to go back and fetch what is left behind to restore, it is time to repair and heal”.

“Therefore, as spiritual leader of the Maroons, I declare April 8, annually, as ‘National Reconciliation and Truth Day’ in recognition of all atrocities done in history that involved Maroons. And, as our elders would say, ‘When trouble tek yuh, pickney shut fit yuh.’ ” 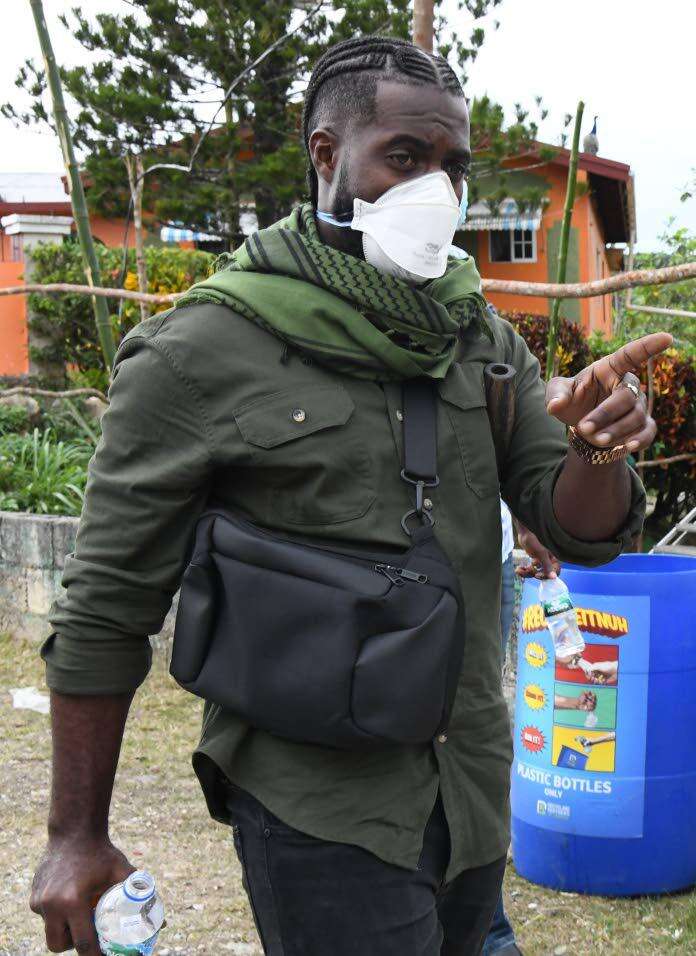 Exactly 262 years ago this month Chief Takyi began his short-lived rebellion in St Mary that was brutally put down by the British with the support of the Maroons, but not before catapulting him into the history of those who fought to make Jamaica independent and inspiring the Haitian Revolution that gave the world its first black republic.

On Easter Monday, April 7, 1760, Chief Takyi and his followers launched a fierce but bloody uprising that claimed the lives of white masters and overseers on the Frontier plantation and culminated in the capture of Port Maria, the parish capital, from British colonial forces.

Ironically, the rebels were inspired by the First Maroon War that also occurred in Jamaica from 1728 to 1740, led by Queen Nanny of the Maroons. However, the success of the Maroon war and the signing of their peace treaty with the British eventually helped bring about the downfall of Takyi’s rebellion.

In her statement to the Sunday Observer, the Maroon queen appeared to suggest that the British should also be held accountable, arguing that, in their struggle for peaceful freedom, the Maroons signed an agreement with the British to suppress rebellions and return escapees from slavery, among other terms set out in the treaty of 1739.

“This aspect of our history has left behind lingering wounds that must be addressed through a truth and reconciliation process… This [Chief Takyi Day] declaration comes from the governor-general, whose role is to represent the same ruling power that wrote the Maroon treaty, with clauses that demand them to suppress rebellions and capture the escaped enslaved. This was a conflict of interest and remains a hurtful scar on our history. Let us, as liberators and freedom fighters, take responsibility for what our ancestors have done. Let us move to heal the rifts,” Gaamang Simms urged. 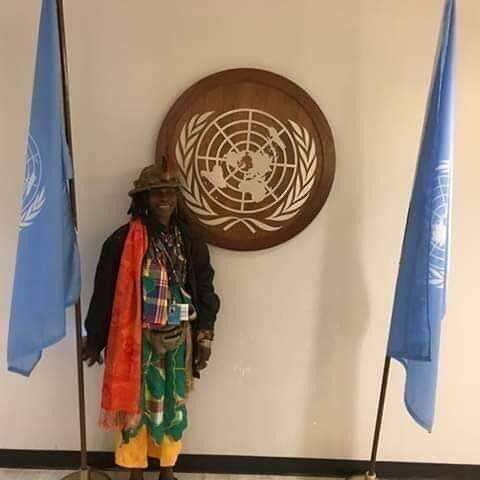 She said that, in observing the history of the past, it was also important to recognise the present state of crime and violence in Jamaica — in the homes, schools, communities — as well as the violence being done to the status of Maroons in Jamaica today, using “this historical memory to set examples that will benefit all”.

“The impact and results after many years of war have always left destruction, suffering, desolation, and isolation. Wars and conflict leave diverse scars — spiritual, psychological, and physical scars are the primary damage from wars.

“And these scars affect and touch every living thing in the environment, either directly or indirectly. Honour and recognition are emblematic of courage and bravery. We must continue to honour the sacrifices and bravery of those who fought,” she said.

The Maroons, divided into two groupings — the Windward and Leeward Maroons — maintain vibrant communities such as Trelawny Town in St James, Accompong in St Elizabeth, Moore Town and Charles Town in Portland, Nanny Town in St Thomas, and Scotts Hall in St Mary.

The Accompong Maroons, led by the controversial Chief Currie, have been plagued with leadership conflicts, starting last year.