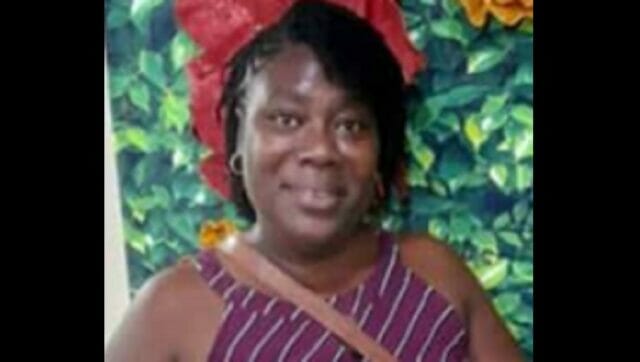 The two men charged with the abduction and murder of Clarendon schoolteacher, Natalie Dawkins earlier this year, are to appear in the Clarendon Circuit Court in January of 2022.

The decision was made when the accused — 20-year-old Eladio Goulbourne of Sandy Bay district, and 19-year-old Mario Headley of Palmer’s Cross district, both in Clarendon — appeared in the Clarendon Parish Court on Thursday.

The men faced an in-camera committal hearing, during which a judge ordered that the case should be sent to the Circuit Court for further proceedings on January 13 next year.

They were remanded in custody until their court appearance next year.

A badly decomposed body that was suspected to have been hers was found in a shallow grave in Sandy Bay, Clarendon on Thursday, April 8.

She was laid to rest on Saturday, May 29.

In relation to the details surrounding her death, the police reported that on March 30 at about 10:50 pm, Goulbourne and Headley, accompanied by a third assailant — 20-year-old Jeff Bedward of Bellas Gate, St Catherine — allegedly lured Dawkins from inside her house in Denbigh, Clarendon by setting off the alarm to her car.

The men then allegedly held her at gunpoint, forced her back inside her house, and proceeded to rob her of two television sets, a laptop, a tablet, a cellular phone and a handbag.

The gunmen then took Dawkins in her motorcar and drove her to a secluded area, where she was assaulted and killed.

The police, however, did not state how the teacher was killed.

Dawkins was subsequently reported missing, and an investigation was launched into her disappearance.

On Saturday, April 3, law enforcers, acting on information, intercepted Bedward and another man as they attempted to sell the victim’s motor vehicle. The men engaged the police in a confrontation, during which Bedward was fatally shot, while the other man escaped.

A firearm and the stolen motor vehicle were seized during the incident, and the police later recovered one of the stolen television sets at Bedward’s home.

On April 8, Dawkin’s perceived remains were found in bushes in Sandy Bay, Clarendon.

Additional intelligence led to the arrest of Headley and Goulbourne, who reportedly confessed to the crimes in the presence of justices of the peace (JPs) on Friday, April 9 and Saturday, April 10.

Dawkin’s ATM card was also reportedly found in Goulbourne’s possession, the police said in a statement.