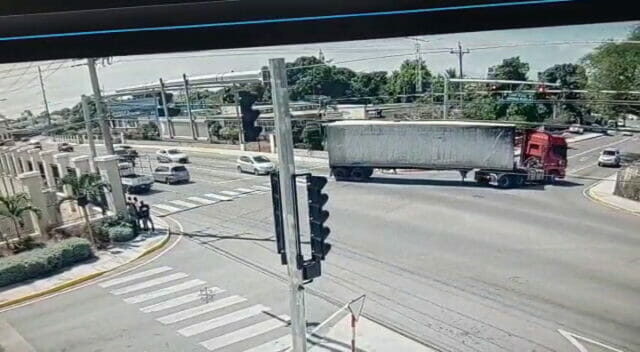 Those who saw what happened are describing it as nothing short of a miracle.

A motorcyclist was almost crushed to death when the bike he was driving collided with a trailer truck on South Camp Road, Kingston on Wednesday.

A video of the incident showed the trailer at one point running over the motorcyclist and his bike. The wheels of the trailer truck vehicle narrowly missed the upper body of the motorcycle operator.

Police sources report that the injured motorcyclist was taken to hospital where he was admitted with several broken bones.

Social media users who saw the video have described the incident as nothing short of a miracle the fact that the motorcyclist walked away from that incident alive.