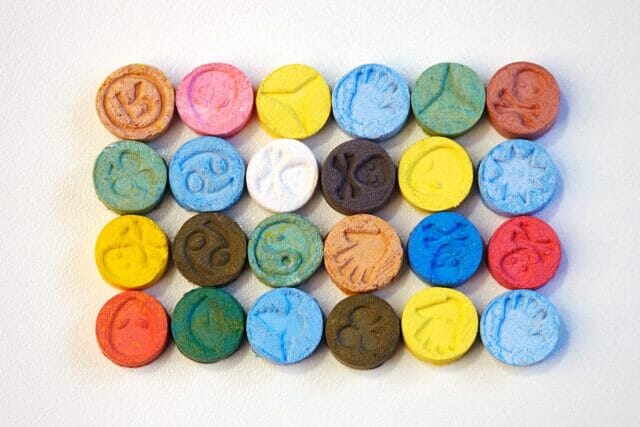 Jill* was 19 years old when she was introduced to ‘Molly’. She had visited a popular exotic club on a Wednesday, which is deemed ‘Molly night’ and was apprehensive of taking the party drug that produces a ‘high’. However, she said her boyfriend did not want for her to miss out on the action, and dropped the drug into her drink. Within minutes, she was wild.

“It gave me a mind blow,” she said about the effect of taking the drug, which doctors said have dangerous and sometimes deadly side effects.

“Molly is a thing that will make you do things that you would not normally do. It makes you expose yourself,” said Jill, who is now a regular user and vendor.

Michael Tucker, executive director of the National Council on Drug Abuse, told THE WEEKEND STAR that the use of ‘Molly’ is dangerous.

“It can cause serious problems with young people. It can affect their brains and affect heart rate, affect how they operate normally. [It can] make them do things they wouldn’t normally do.”

Drawing comparisons to another known ‘party drug’, Ecstasy, Tucker said that it is particularly dangerous for young people as it makes them more vulnerable and accessible.

The 22-year-old woman said that ‘popping Molly’ has become part of the clubbing and partying lifestyle. She knows that it is “very dangerous and can kill you” but nonetheless continues its use and sale.

“It is even more dangerous than cocaine,” Jill warned.

“You have people who take the Molly and don’t know themselves. I have seen girls take it when they are about to do music video shoots and started giving oral sex. It will make you lose yourself and knock yuh out,” she said.

The use of the drug, though, has become a concern for key stakeholders in the education system. Just recently, principals of Corporate Area high schools told this newspaper that some students are using ‘Molly’.

But Jill said that while she has noticed a demand from teenagers, she has chosen not to sell to them, opting instead to sell to people 21 years and older.

“I mostly sell to clubs and girls that do topless dancing. In those work you need a different type of energy because you a work for you money. The more yuh feel high, it’s better. Once they are shy, I usually take it to let them see the side effects that I have then they decide if they want to take it,” Jill said.