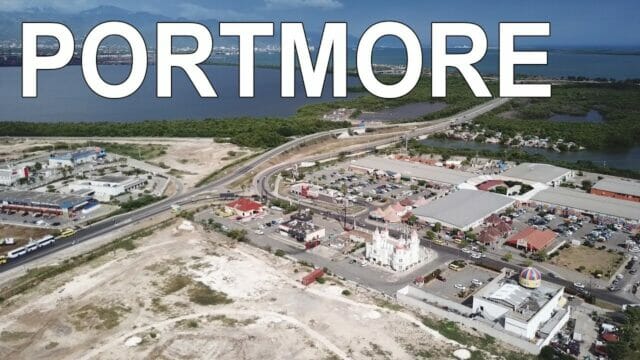 ST Catherine Member of Parliament Dr Andrew Wheatley said Tuesday that the Government is convinced that the municipality of Portmore deserves the right to become Jamaica’s first new parish in 155 years.

“I am not a sentimental man but as myself and my colleague MPs and senators went on the journey to exam the prospects of another parish being formed in Jamaica, it was as though we stood on the cusp of something bigger than ourselves,” he told the House of Representatives, Tuesday.

As he kicked off the debate on a report from the joint select committee of Parliament examining the chances of the municipality becoming a parish, Wheatley said he felt honoured being asked to the chair the committee considering proposals to develop the huge community with a population of more than 180,000 residents, next door to the twinned Kingston/St Andrew municipality made up of two parishes with a total population of 600,000 residents.

He noted that the last time Jamaica reviewed its parishes was in May 1867, under British rule through an amendment to the Counties and Parishes Act.

Dr Wheatley — who started his political career as a councillor in Naggo Head and eventually rose to become mayor and chairman of the then St Catherine Parish Council (now St Catherine Municipal Corporation), previous to winning the St Catherine South Central seat in 2016 and becoming minister of science, energy and technology before being toppled by a scandal at the Petrojam refinery — felt that like him, Portmore needs a chance to fulfill its potential.

“The debates [inside the joint select committee] were rigorous and, sometimes, partisan but it is without a doubt that the general consensus is that Portmore should be designated the fifteenth parish,” he said.

“The size and special features of Portmore makes it suitable to be a parish. Not only is it the largest dormitory community in the Caribbean, but its depth is firmly planted in the fact that the professionalism and training of its residents make it unique and prime for further development,” he said.

“Portmore, though not perfect, has more amenities than many other already designated parishes in the country,” he noted. He added that the Government has highlighted its intentions, throughout the committee meetings, to structure future development of the area in a forward-thinking and sustainable manner.

“The result of this will be the establishment of a model set of communities that will be the pride of place for all residents and the envy of others. Portmore has the potential to be the first smart/technology-driven area in the hemisphere. It cannot be questioned that the skill set to help establish and to sustain such a place resides in the area,” he said.

“The goal is to stimulate the innovative capacity, which is inherent in all Jamaicans, to become more than mere consumers of technology and be innovators of technology,” he stated.

The debate will continue when the House next meets, with veteran Opposition MP for St Catherine Southern, Fitz Jackson making the Opposition’s case for Portmore to remain as a municipality.