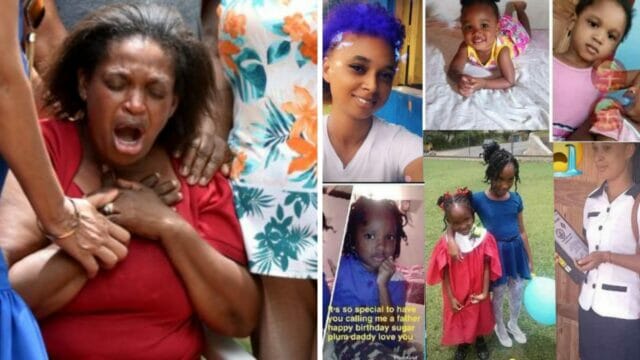 TRELAWNY, Jamaica – The person of interest in the savage killing of a Clarendon mother and her four children is now in the custody of the Trelawny police.

Twenty-three-year-old Rushane Barnett, believed to be a cousin of the deceased, was held in the northwest Jamaica parish Tuesday evening.

Kemisha Wright and her four children – 15-year-old Kimana Smith, 10-year-old Shemari Smith, five-year-old Kafana Smith, all girls, and her 23-month-old son, Kishaun Henry – were found with their throats slashed Tuesday morning at their home in the Cocoa Piece community near Chapelton in Clarendon.

The mass killing sent shock waves across the country.