Dexta Daps birthday celebration was over shadowed yesterday by a few photos that were leaked on-line showing the “7eleven” artiste allegedly wearing woman undies and stretched out on a bed almost in his birthday suit.

Social media erupted yesterday as numerous women who were already fans of the artiste, became even bigger fans after viewing a photo of his man-hood. The explicit photos allegedly of the “Shabba Madda Pot” deejay surfaced on-line Tuesday after they were reportedly leaked by a European woman.

According to blog sites that broke the news, it was said that the “European empress” is a “famous dancehall groupie” who has reportedly been linked to top dancehall artistes such as Bounty Killer, Black Ryno, I-Octane and Jahmiel in the past. Dexta Daps has  been tight-lipped on the situation.

Danchall selector Foota Hype, later took it upon himself to post a picture of the woman who allegedly leaked the photos of Dexta Daps and tried to ruin his image. How Foota Hype arrived at the identity of the woman is not yet certain but he made the post to his official Instagram profile with the caption below: 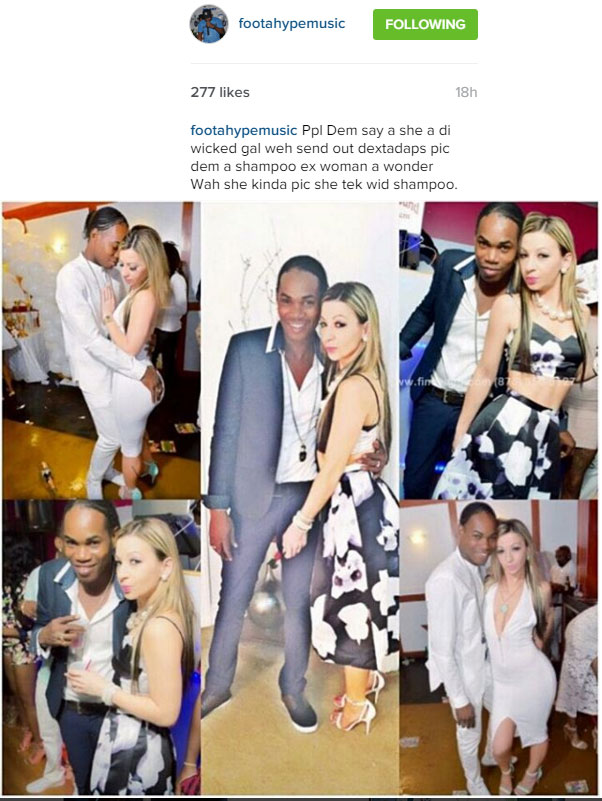