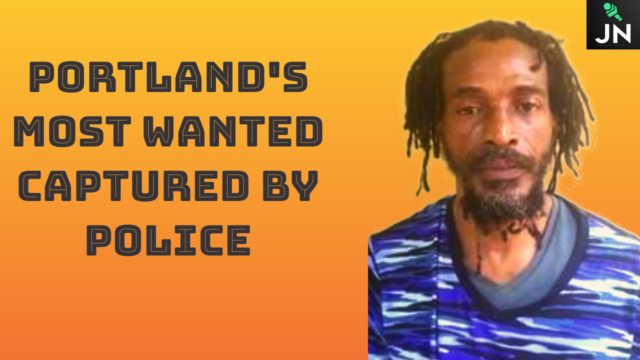 The most wanted man in Portland was on Tuesday captured by a joint police-military team during an operation in Hope Bay in the parish.

Elroy Griffiths, otherwise called ‘Greg’, was placed as number one on the Portland Police Division’s wanted list in September 2021 for a murder committed on August 20, 2019 in Buff Bay.

Reports from the police are that about 5 am, an operation was conducted in the Caenwood community in Hope Bay in search of Griffiths. He was reportedly found inside a house along with a woman.

The police say they were both taken into custody.

“We are warning citizens that harbouring criminals [fugitives] is a serious offence for which they can be charged. We urge the citizens of Portland to continue being vigilant and bring to the attention of the police, wanted, suspicious and/or strange persons or activities in and around their communities,” Commanding Officer for the Portland Division, Superintendent Kenneth Chin, said.

He also thanked the members of the Portland Police Division for their continued efforts I operational activities, which, he said, are reaping success.
“The team that participated in this particular operation must be commended for their commitment in ridding the parish of criminal elements.

“Please continue to work with us as we make all efforts to make Portland the safest parish in Jamaica,” the police superintendent added