There are many causes of blindness, but over half of all cases are caused by cataracts. Normally, a risky operation is needed to restore sight to those afflicted with them, but a pioneering new surgery that took place in China may make this a thing of the past. As the groundbreaking Nature study reveals, 12 children have been saved from blindness after surgeons activated stem cells within the eye to grow a completely new lens.

Stem cells are often touted as being a potentially revolutionary pillar of medical science, and for good reason: Various types of stem cells have been shown to restore damaged heart tissue and generate insulin-manufacturing cells in a malfunctioning pancreas. Although researchers are still some way off restoring humanity’s ability to completely regenerate destroyed tissue in organs, they are certainly advancing along the path to that game-changing goal.

With this in mind, this team of researchers turned their stem cell know-how towards cataracts. Around 20 million people are blind because of these cloudy lenses, which can occur for a number of reasons. They tend to affect older people, but it is possible to develop them shortly after birth.

Conventional cataract surgery is inherently risky, and even more so when performed on the very young. Large incisions are made at both the back and front of the eye; the cloudy lens is then removed and replaced with a clear, artificial one. Although this restores sight, the artificial lens does not grow with the child, meaning that additional future surgery is highly likely. Inflammation around the incisions is also common with this type of operation.

Earlier experiments on rabbits and macaque monkeys investigated the stem cells lining part of the eye called the lens capsule, which surrounds the lens itself. These so-called lens epithelial stem cells (LECs) were shown to be frequently destroyed during conventional cataract removal surgery, but if left intact, they were able to regenerate healthy lenses. 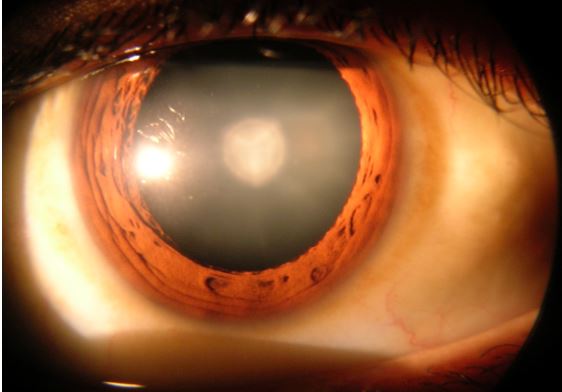 Twelve children under the age of two were chosen for a new type of minimally-invasive cataract removal surgery based on these LECs. Surgeons made 1.5 millimeter-long incisions in both their eyes, and the cloudy lenses were removed as before. This time, care was taken to leave the lens capsules and their LECs intact.

Remarkably, within a month, the incisions were fully healed, and in just three months the children had regrown fully operational, naturally-grown lenses. Their sight was completely restored within eight months, when their new lenses grew back to the size of the original cloudy ones.

Compared to conventional surgery, these 12 children had clearer lenses, far less inflammation, and had a far shorter healing period. Significantly, this surgery was specifically aimed at children: Their LECs are more youthful and far more likely to successfully regenerate a new lens than adult LECs.

“This illustrates that there a can be a new approach. We can turn on our own dormant stem cells,” said Kang Zhang, a professor of ophthalmology at the University of California, San Diego and the coordinator of the research, as reported by the Guardian. “Just imagine how powerful this could be if we can do it for heart attacks, or turn on neuronal stem cells in the brain?”