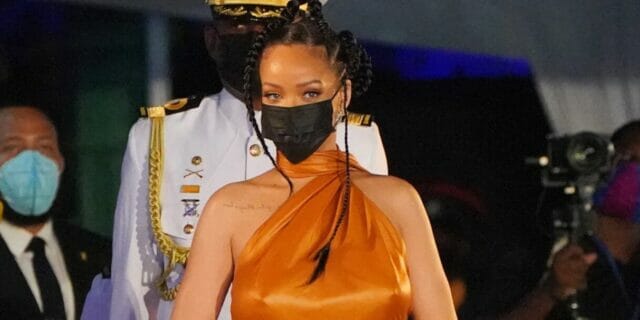 International hit singer Rihanna, 33, has been declared a National Hero of Barbados.

The declaration coincided with Monday night’s transition of Barbados to Republic, cutting ties from the British.

Prime Minister Mia Mottley made the announcement in Bridgetown to loud cheers as Rihanna was called up to be acknowledged.

“May you continue to shine like a diamond and bring honor to your nation by your works, by your actions,” said Mottley.

The Prime Minister was referring to Rihanna’s 2012 chart-topping single ‘Diamonds’.

The singer whose full name is Robyn Rihanna Fenty is to be conferred with the honor later today.