Home Global News ‘Spragga Benz the only man who ever owned my heart’ – Foxy... 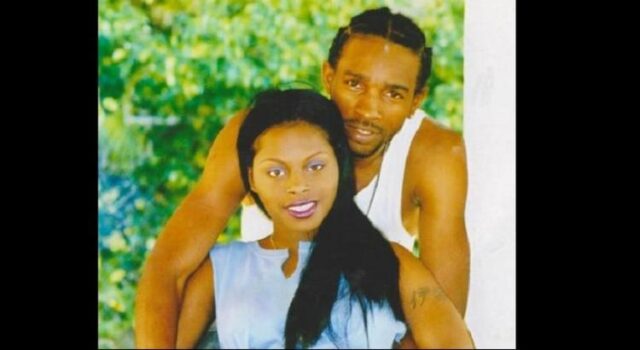 American rapper Foxy Brown still loves her ex-fiance, Spragga Benz. In fact, she has described the Jamaican dancehall veteran as the only man to have ever stolen her heart.

The Brooklyn emcee bared her soul in a lengthy post on social media last night, revealing intimate details of her relationship with Spragga, whose birth name is Carlton Grant.

“(Sixteen) years ago in Trinidad, God sent me the only man who ever owned my heart. Love at first sight he said ‘Ing (you are) gonna be my wife’,” Foxy Brown (real name Inga Marchand) said in the caption under a photo of Spragga on Instagram.

Foxy, who is of Trinidadian descent, said her mother was with the pair when they met in the twin island republic and had described them as “inseparable”. It was the beginning of a long romance between the two, who got engaged in 2001 and also collaborated on several songs including Oh Yeah off Foxy’s third album, Broken Silence.

“He made sure prayer, whether Yah or Jah, was at the helm of our home,” Foxy said of Spragga, jokingly adding that “Beenie Man always said ‘Peanut Butter weh Jelly deh’ LOL!”

She said they also shared difficult times with one another, including the death of Spragga’s 17-year-old son, Carlton ‘Carlyle’ Grant Jr, who was killed by cops under questionable circumstances in Kingston.

“From the moment his beautiful son Carlyle was murdered, rushing to his side… to him right by my side. My year in prison. Thank you God. My sassiness, flaws, scars all the pain he loved away and tamed the fire in me with one look! The night my Range Rover flipped over and crashed he beat me to the hospital,” Foxy revealed in the heartfelt post.

Foxy, who had a very public realationship that turned sour with rapper Kurupt prior to her romance with Spragga, noted the fact that there were no “public drama” and “disrespect” between herself and the Jamaican entertainer who became an underground star in the US with his lead role in the cult classic Shottas.

“Grown ass man love!” Foxy said about her relationship with the deejay.

“My king, my soulmate, my protector and best friend. A man of principle, miltance, intelligence and couth but straight shotta!!” she added.

Foxy concluded with the following message to women: “Ladies, when you are loved and respected by a King, no (expletive) bwoy can compare!”

Spragga Benz and Foxy Brown were engaged for two years before it was called off in 2003.