An emotionally scarred Omar Cooke, who is now facing a medical battle, said he sometimes feels as though he is living a movie. 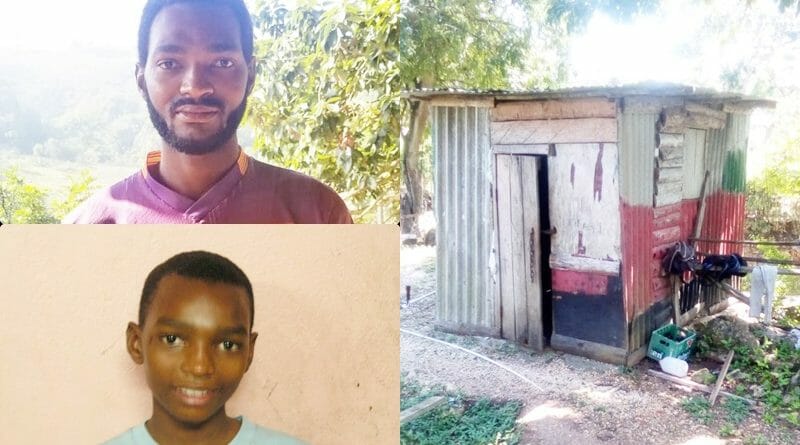 He was under 10 years old when his mother Ingrid Brown ran away, leaving him and two younger sisters at their home in Union district, Lluidas Vale, St. Catherine.

Residents of the community became concerned and contacted the authorities, which took the three minors.

They were taken to Strathmore Gardens Children Place Of Safety in Spanish Town. They eventually were separated when Omar was transferred to the Jamaica Christian Boys’ Home in Kingston.

His life at the boys’ home was bitter-sweet. He recalled being ganged and beaten, and also being cut with a knife on one occasion.

Omar, who said the government didn’t pay for him to sit any CXC subject, attended John Mills Primary School and Penwood High.

He recalled being teased at school because he lived in a children’s home.

He told The Beacon that his father, who lives at Portland Cottage in Clarendon, visited him and his sisters a few times when they were in the first children’s home.

Omar did not see or hear from his mother until some 15 years after she ran away, he said.

His mother helped to secure his release from the boys’ home in 2011 when he was 17 years old. However, she died a few months later in 2012.

Omar said his life has been a constant struggle especially since he left the boys’ home empty-handed and without proper guidance.

“They just sent us on our own like that without anything, and it is really a struggle for me ever since,” he commented. “I couldn’t find a place to live; I have been up and down, sleeping on roof tops and in pit houses and those things.”

Omar, now 27, still does not have a stable home. He stayed at different places in Clarendon and Kingston.

He stated that, at one point, he often sneaked onto the boys’ home property in Kingston to sleep – sometimes on top of buildings.

“I am always moving around and also asking for [meaningful] help, but I never really get that opportunity,” he declared.

Omar recently returned to his native Lluidas Vale, where he now lives in a shack once used as a shop.

“That shop is where I am sleeping. I spread the cardboard on the ground and sleep on it. Somebody gave me a pillow and I rest my head on it,” he further said, adding that kind-hearted residents give him food.

In addition to struggling to find a home and food, Omar also struggled with being suicidal.

“It bothered me a lot until sometimes I just feel like I would just hurt other people,” he added. “Even when the thoughts come sometimes, I wondered if I should tell it to people – let them know or just keep it to myself.”

Omar, who is yet to experience professional counselling, noted that he has not had those troubling thoughts in recent times.

He now battles another major demon – a chest pain, which he thinks makes it difficult for him to swallow food.

“Sometimes I see the food and really want to eat, and it is hard for me to eat it,” he said.

“From a couple years ago [when I was at the boys’ home], I was feeling the pain, but it wasn’t this devastating. When it pains me, it seems like my chest is opening up or just tearing apart. That’s how bad it is. I realize that, when I drink water, it cool it down a little.”

Omar disclosed that he already visited a doctor, who recommended that he undergoes an urgent medical examination. However, he is unable to find the JA$50,000 required.

Omar is now unemployed. Since leaving the boys’ home, he sometimes does odd jobs.

He started working as a cane-cutter at Worthy Park Sugar Estate in Lluidas Vale in January. But he told The Beacon that, due to severe pains, he ended up leaving that job in the same month he started it.

Despite the challenges, Omar, who said he was baptized on four occasions, expressed hope that things will get better.

“Sometimes I feel like I am in a movie…” he posited. “If I didn’t have faith, I would have let go a long time ago.”

Omar also expressed hope that his siblings will live to enjoy a better life.

The two sisters with whom he was placed into state care are now young adults – one living in Kingston and the other in St. Catherine.

Omar said he has two other siblings – a brother and a sister – who now live in children’s homes due to the death of their mother. They were placed there after he left.

For more information regarding this story, please WhatsApp 876-305-4574, send a message via The Jamaica Beacon page on Facebook, or email us at jamaicabeaconnews@gmail.com.