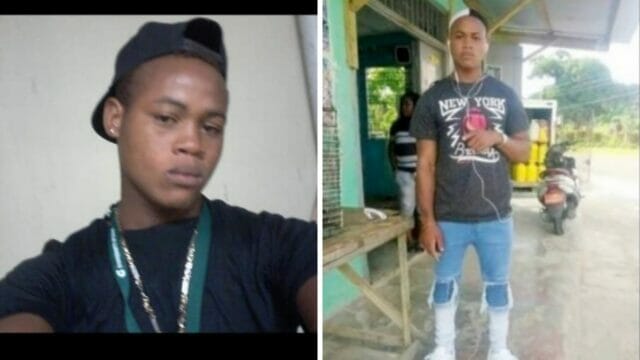 Rushane Barnett, the man police named as a person of interest in relation to the murder of five of his cousins – four of them children – has reportedly denied his involvement in the crime.

Barnett, 23, who has been described by his brother as a “nice youth” who is “little bit too angry some of the times”, surrendered to police in Wilson Run, Trelawny, on Tuesday night. He allegedly fled New Road, Chapelton in Clarendon after the quintuple murder.

By car, Wilson Run is at least two hours away from New Road.

Up to press time yesterday, Barnett had not been charged by the police. He reportedly told his father that he was not responsible for the acts, which brought the country to its knees on Tuesday.

In Wilson Run yesterday, Oshane Barnett, an elder brother of Rushane, struggled to find words to express his anger and sadness.

“Me caah believe seh me a hear this weh me a hear … Me surprised bad, really surprised,” said Oshane, who stated that he did not communicate with his sibling often.

Oshane said he has “a babymother and a little child” and is deeply hurt by the ordeal. “Me feel down … me not even know how fi say it”. He said that he did not speak to Rushane when he turned up in Wilson Run, but his understanding is that his younger sibling visited the house and was encouraged by his father to hand himself in to police.

“Daddy a seh like how yuh claim a nuh yuh really do it, gwane in then, and guh prove yuhself,” Oshane said.

He said arrangements were made with the police for Barrett to be collected in the community. His mother was also taken into custody by the police.

He said that his father is “p***ed off” about the situation and has resorted to drinking.