Home Health & Wealth This red corn almost went extinct but it is now having a... 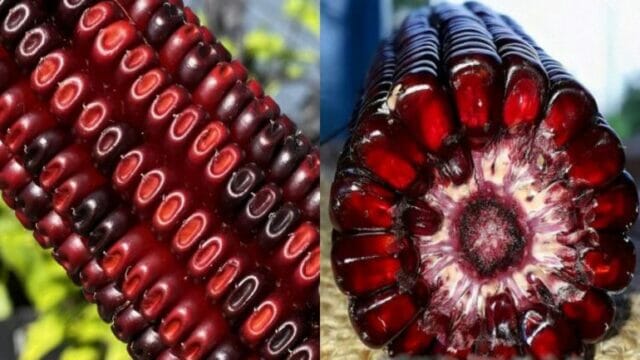 And now “Jimmy Red” – whose kernels look like pomegranate seeds – is making a comeback via a craft whiskey maker in Charleston, South Carolina

A little over a century ago, an ancient Native American corn species made its way from Appalachia to the islands of Charleston, South Carolina.

It was brought there by bootleggers, who encouraged the local farmers to make their own moonshine from it, as its cinnamon-spiced flavor like nothing they’d ever tasted before.

Soon enough it was named “Jimmy Red“ after James Island, where it was known to be sold in back alleys.

Up until “the 1980s, you used to be able to go to James Island, and, if you knew the right people, they’d sell you delicious food out their backdoor kitchen and you’d get a jar of Jimmy Red hooch with it,” Glenn Roberts, founder of heirloom seed company Anson Mills, told NPR.

“I knew the hooch, but I never knew the corn.” 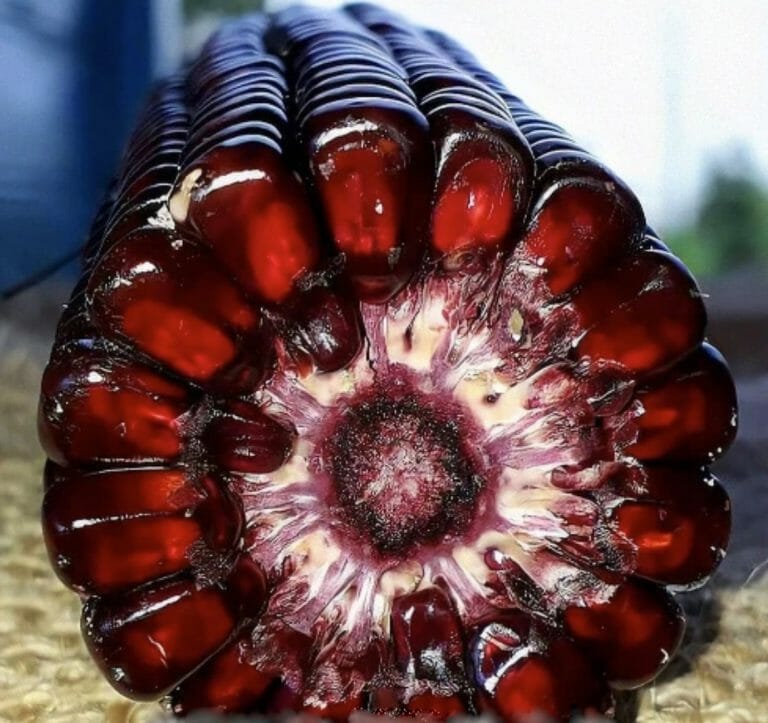 The corn was revived in the early 2000s by High Wire Distilling Co, after the last two cobs on earth were found on the land of the last known bootlegger of the corn.

When he died “the corn almost died with him. Two ears were rescued from his plot and gifted to celebrated local farmer and seed saver Ted Chewning.” NPR reports.

Chewning grew the kernels and shared the seeds with organic growers including Glen Roberts of Anson Mills.

In 2014, Roberts put his goods on display for the owner of High Wire Distilling Co., Scott Blackwell.

Of Roberts’ 50 varieties of heirloom corn, Blackwell wanted to know “which one makes the best whiskey?”

“I’ll write a grant check to Clemson University to grow that one then,” Blackwell decided.

And the rest is history.

“Right away I could tell it was very different,” Blackwell says of tasting his first batch. “Super earthy. Super sweet. Like banana laffy taffy.”

“It doesn’t smell corny at all,” he told The Daily Beast. “It’s got this three-inch oil cap on it, it’s got this purplish-red color to it.”

His first 570 bottles of “Jimmy Red” bourbon sold out in 11 minutes. 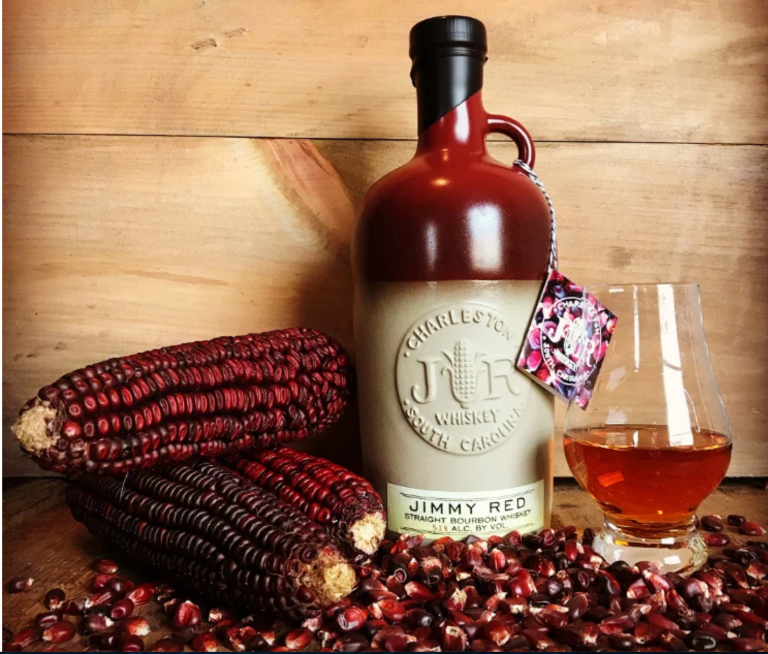 Blackwell and Roberts have since made a pilgrimage to Oaxaca, Mexico to learn more about the origins and genetics of the corn. They learned ancient Native American “dent” corn first arrived in Southeastern North America 2000 years ago. They also learned it’s full of beta-carotene, which gives it its unique flavor.

Charleston chef Sean Brock, also grows it himself and serves the ultra-local Jimmy Red grits, cornbread and flapjacks at his restaurants McCradys and Husk.