Home Global News Three persons, believed to be Jamaicans, were found dead in a New... 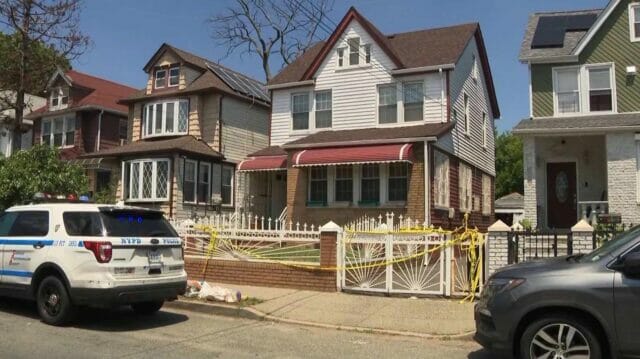 Three persons who are said to be from Jamaica were found dead inside a home in Queens, New York on Friday.

The three included a woman who detectives said had her hands bound together on a bed.

The bodies were found in a single-family home in South Jamaica, Queens.

They have been identified as 22-year-old Varshana Malcolm, 55-year-old Karlene Barnett, and her son, 36-year-old Dervon Brightly.

Malcolm’s body was found on a bed with their hands taped together. It had multiple stab wounds to the chest and neck. Her mouth was also taped.

The other bodies had stab wounds and signs of blunt force trauma to the head.

Reports in the US media suggest that the bodies were in the house for at least three days before they were discovered on Friday by Barnett’s other son. He was questioned by the police but later released after they determined that he had nothing to do with the killings.

It is believed that Barnett was visiting Jamaica.

Police responded to the home on 155th Street in South Jamaica after receiving a 911 call Friday afternoon.

Detectives are looking into whether a domestic dispute led to the deaths.

So far, no arrest has been made.