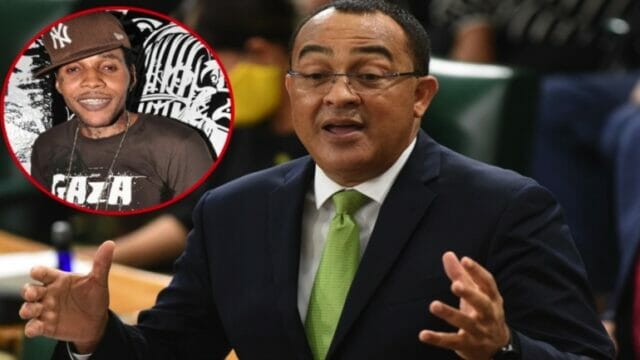 A suggestion by one of Jamaica’s foremost cultural experts for incarcerated deejay Vybz Kartel to be included in the public vaccination campaign has found favour with Health Minister Dr Christopher Tufton and his opposition counterpart, Dr Morais Guy.

Kartel is currently serving life sentence for murder, but his lawyer, Isat Buchanan, said that the ‘Worl Boss’ is open to being vaccinated. He also said the Government’s job of getting a substantial portion of the population vaccinated against COVID-19 could be made easier if it enlists the likes of Vybz Kartel in the vaccination drive.

“The Government should recognise that dancehall is the biggest influence on the people, and if they are incapable of inciting the masses, then they should seek guidance. Vybz Kartel, and every entertainer in the entertainment industry, they have value,” Buchanan said.

Last Saturday, Dr Carolyn Cooper, writing in The Gleaner, said that Prime Minister Andrew Holness should seek to enlist the support of Vybz Kartel to help spread the pro-vaxx message.

Contacted for comment yesterday, Tufton said that not only would he want for the Romping Shop hitmaker to take the vaccine, but it would be good to see him as an influencer.

“Any support for the vaccination efforts is welcomed. We want all persons who qualify to take the vaccines and to lend support to encourage others to take it,” Tufton said.

He added: “There is no doubt that Vybz Kartel is an influencer, with many fans throughout the country. For his protection, I would like him to take the vaccine and if he can influence others to take it that would be good. I would be willing to work with the penal system to explore how it could be done.”

For his part, Guy, the Opposition Spokesman on Health, said that he would be in support of Vybz Kartel jingle or song that is aimed at encouraging Jamaicans to get vaccinated.

“Despite the fact that he is a convicted person, there is still an amount of influence he might have, and if he can make a jingle to encourage a significant portion of the Jamaican population to take the vaccine, then I am on board with that,” Guy said.

Despite being behind bars for the past 10 years, Vybz Kartel has consistently topped streaming numbers and has remained one of the hottest artistes in the dancehall space. His appeal against and conviction and sentence is set to go before the Judicial Committee of the Privy Council.

Jamaica yesterday posted a one-day vaccination record after more than 21,000 persons were inoculated at sites across the island. The Government has set a target of inoculating 65 per cent of the population by next March and is pushing to get 700,000 shots in arms by the end of September.