Home Global News Uganda loses its only international airport to China for failing to repay... 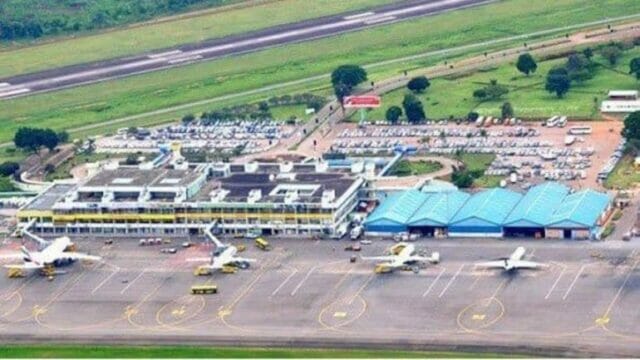 Uganda has lost its only international airport, the Entebbe International Airport, to China for failing to repay a loan, African media reported.

The government has failed to reverse a loan agreement with China which had repayment conditions for attaching its only airport.

In 2015, China’s Export-Import (EXIM) Bank lent Uganda $207 million at two percent upon disbursement. The loan, meant for the expansion of Entebbe airport, came with a maturity period of 20 years including a seven-year grace period, News X reported.

However, as per international media reports, the Ugandan government waived off the clause for international immunity for securing the loan, following which the Chinese lender can retake possession of Entebbe International Airport without any international arbitration.

A statement from the Uganda Civil Aviation Authority (UCAA) reportedly suggested that some provisions in the Financing Agreement with China exposed Entebbe International Airport and other Ugandan assets to be attached and taken over by Chinese lenders upon arbitration in Beijing.

According to the latest media reports, a delegation of Ugandan officials also visited China earlier this year in an attempt to renegotiate the clauses of the loan agreement. However, the visit was unsuccessful as the Chinese authorities refused to allow any alteration in the original terms of the deal.