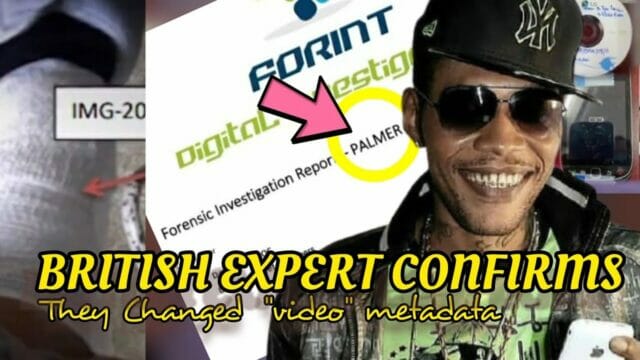 UK Phone Expert CONFIRMS that Vybz Kartel’s Phone was tampered with. The Expert explains the Metadata of the video for which Kartel was convicted is changed or MISSING. The Experts also confirmed that the phone was used to make cell calls while Kartel was in lockup.