JoAnna Dotson and her fiance, Andy Murk, were driving across a bridge in Astoria, Oregon, when she saw something unusual.

At first, Dotson saw cars pulling off the road, but then she noticed a mass in the water. Murk thought it was just a tree.

“No way!” Dotson said. “It almost looks like a large animal with spikes on its back.” According to The Oregonian, Murk joked, “It’s Godzilla!”

Not quite, but there were some large creatures peeking just above the surface of the water. A herd of elk was swimming across the Columbia River.

Dotson and Murk sprang into action and pulled ahead of other vehicles to snag a few photos of the animals. 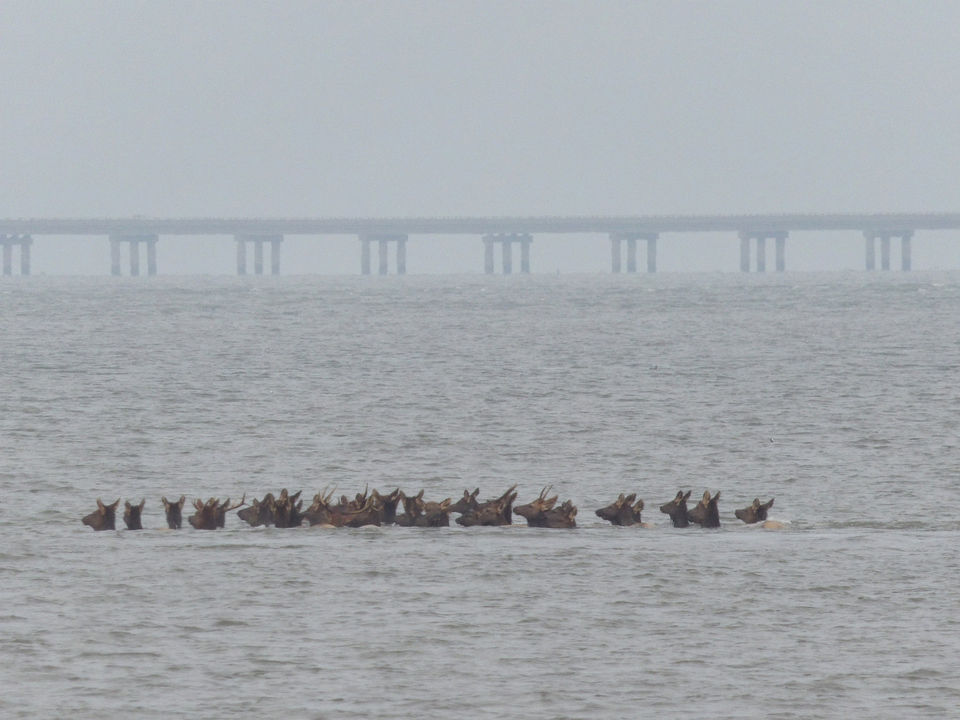 “We both had a huge rush of adrenaline,” she said.

The photos went viral on Facebook. “When I went to bed that Friday night I had to turn my phone on silent because I was getting so many Facebook notifications,” she said.

“I remember one older man contacting me via Facebook,” she added. “He was probably in his 60s or so. He told me how he had lived here his whole life and had never seen something so magnificent.” 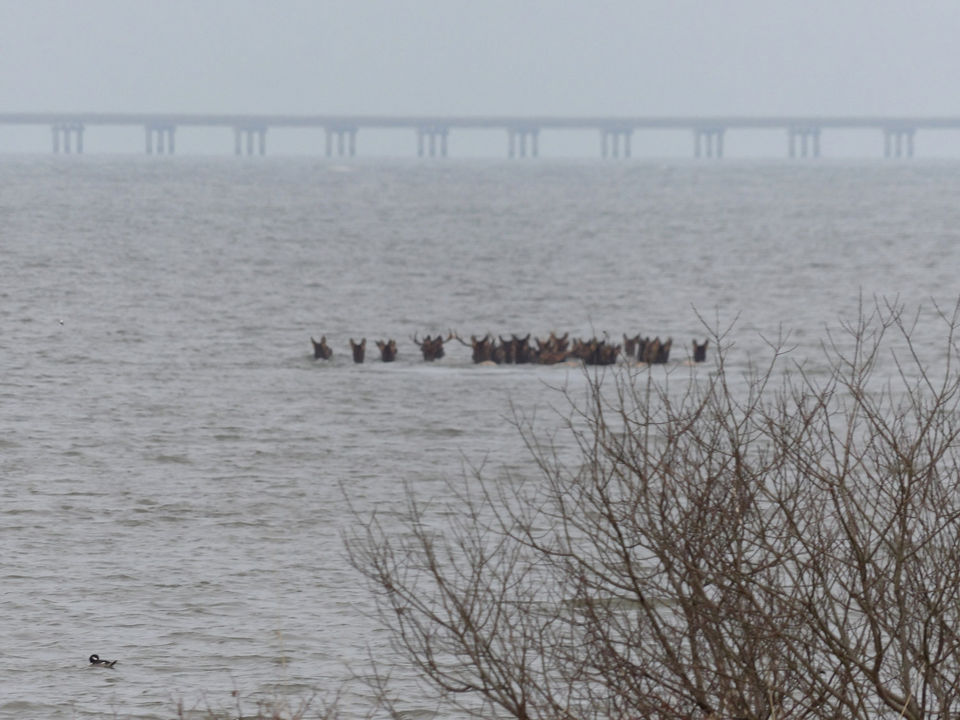 Though the sight may have seemed unusual, it’s not uncommon for elk or deer to swim.

“They’re pretty darn good swimmers, actually,” Rick Hargrave, a spokesman with the Oregon Department of Fish and Wildlife, said. “This time of year, a lot of things cause elk to move,” Hargrave said. “Who knows why they were there. But it’s not unusual.”

Dotson is glad for her experience. “I have especially enjoyed being able to share my photos of the elk with everyone. I think that not a lot of people get to see something so true to nature, let alone capture it on film for others to see,” she said.