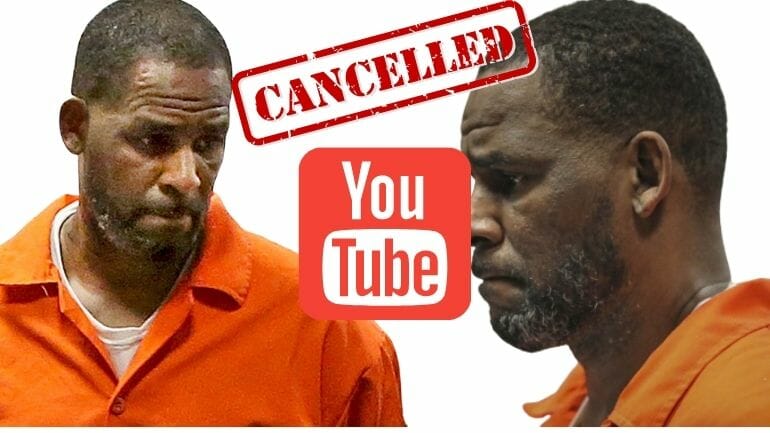 The video-sharing social media platform, said it permanently suspended the channels tied to R.Kelly in accordance with its creator responsibility guidelines, which state that if channel owners are accused of very egregious crimes, the platform can terminate their channels if the content is closely related to the crimes and the channel owners were convicted or pleaded guilty.

YouTube cited the fact that the prosecution against the Grammy-winning R&B singer, was based on the allegation that he leveraged his celebrity and power in the music industry to sexually abuse women and young girls.

He will therefore no longer be able to use, own or create any other YouTube channels the platform decided.

However, user-generated content incorporating R.Kelly’s songs and albums will still be allowed on the main platform, and his music will still be available on YouTube Music, YouTube’s audio-streaming service.

YouTube’s move to delete R.Kelly’s channels comes eight days after a federal jury found him guilty of racketeering and eight charges of an anti-sex trafficking law.